Carr said that the first small book of poetry he published was by John Clare because Clare's grandson, a milkman, lived on his road in Kettering. It was published in 1964, the centenary of Clare's death, which is a more conventional reason for publishing the book. The first edition of Clare's poems was published by The Northants County Association of the N.U.T. (National Union of Teachers) from Carr's address in Kettering. Carr published other books of poetry under the name of the Northants Campaigner, which was the title of the N.U.T. newsletter that Carr edited and published twice a year for about 10 years. These two books were in a slightly larger format and contain the poems of Robert Bloomfield, a 19th century working class poet, and Joseph Goodson, a 20th century bodyguard for a security firm. Neither of these titles were listed in the History of the QTP.

There are 60 poets in the collection published in 57 titles, including a rare mimeographed edition of poems by Carr himself. Five books contain the work of two poets printed back-to-back so that the pages can be read in either direction from inside the cover simply by flipping the book over on its short edge. Ernest Dowson and Francis Thompson share a book; so do Charles Lamb and Tom Moore. Robert Browning, Wilfred Owen and Dante Gabrielle Rossetti were published both in solo editions and back-to-back with, respectively, Elizabeth Barrett Browning, Rupert Brooke and Christina Rossetti. These double-poet, back-to-back titles are listed twice, separately in alphabetical order by the name of each poet, so they have equal priority. There is one title with no specific author: the Border Ballads. 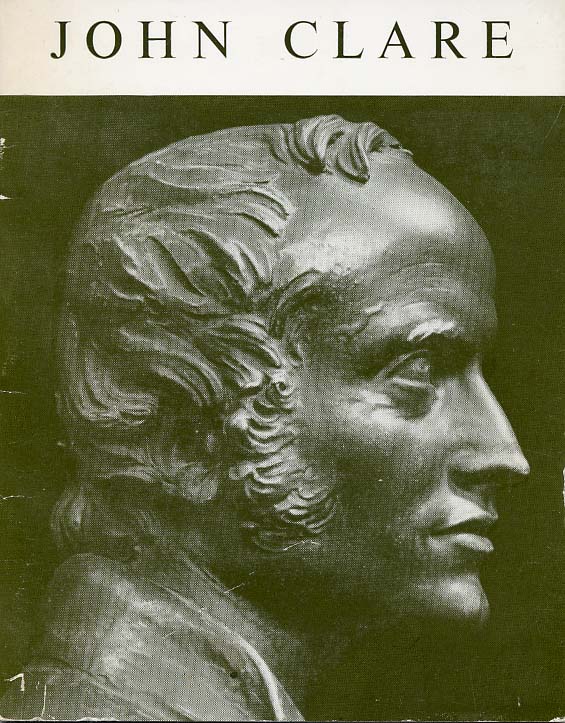 The cover of an edition of the poems of John Clare


Almost all small books of poetry were published by Carr from his home address in Kettering in the same format: 16 printed pages of poems, sometimes with decorations, stapled in printed card covers often designed by Carr or Christopher Fiddes, with dimensions of about 130 by 95 mm. None of the titles give the name of the Quince Tree Press; most simply use one of two different colophons that Carr designed based on a sun face or his house in Kettering.


At least seven small books were issued in a Mini-poets series (Brooke/Owen 1, Donne 1, Flecker 1, Milton 1, Shakespeare 1, Stevenson 1, and Thomas 1). These sub-titles seem to have been recorded when the ISBN was registered, as they appear against searches for specific ISBNs, but they are not used in the books. At least three of the titles were stated to be in a Florin Poets series (Blake 2, Marvel 2 and Dante Gabriel Rossetti), which may be earlier. A florin is a coin of two shillings, now ten pence, which was probably their original price. The pound was decimalised in February 1971, so my copy of Barnes with a sticker from W.H. Smith for 10 p, must have been sold after that date, but for the equivalent of a florin. This also indicates that Carr sold his small books to W.H. Smith, a major chain of English booksellers at that time, before his order of 4,000 copies of the Dictionary of Extraordinary Cricketers, in 1977, as the price of his small books was then 20 pence. Carr's claim in his article in The Author (1983) that this was his first and last order from W.H. Smith is not borne out by the price sticker.


None of the titles gives an ISBN although Carr allocated 34 of the 100 numbers that he had applied for to some of the early titles. The other ISBNs were applied to early maps or to his novels when he published them under the imprint of the Quince Tree Press. A table of the ISBNs that he used can be found here by number or by date.


Many of these small books were reprinted and the number of known impressions is shown in parentheses after the name of the poet or poets. Carr sometimes changed the cover, changed some of the poems, or changed both for a new impression, so perhaps some are new editions? I don't know: I have simply listed them under the name of the first poet alphabetically and then in the order that I think they were printed. Very few impressions give the year that they were published, so I have used various characteristics of the books to put them in order: the printer used; the number of other titles listed, usually inside the rear cover except in back-to-back titles; and the number of staples (one in early books; two later, mostly). You can find a discussion of these points, here. This is not a science, it's educated guesswork and I am happy to be corrected as I don't have, or haven't seen, all impressions, so I may have got the order wrong or missed out an impression. This means that the order of impressions may change, so beware citing anything as fact.


I think that there are 160 impressions of small books of poems, based on the numbers that Carr stated had been printed in his History of the QTP in 1987, including the titles not mentioned therein and additional impressions that I have found or think should exist. Carr forgot some poets in his History, such as Thomas Hardy, who was published before 1987. Carr may have published more impressions of some titles after 1987. He was certainly planning to publish more titles, as he named Arthur Clough and Coventry Patmore, probably as a back-to-back book, and Robert Bridges. These were listed as titles in preparation in his History of the QTP. These titles have not been seen, so are presumed never to have been published.


Any difference between two books is counted as a new impression based on the assumption that an impression is a single print run of identical copies. Carr said that he usually printed 3,000 copies, but I think that some titles may have been issued in smaller numbers, given their rarity. In a letter to Edmund Blunden, Carr wrote that he had sold out of 500 copies of the poems of John Clare, probably the second impression, so print runs of early books of poems may have been quite small. A different edition or impression includes changes to the text or design, but also a different printer, a different colour of cover or a different type of printed card for the covers (glossy or matt). I have illustrated here more than 130 small books of poetry from my collection, so this bibliography is not complete. If you have an impression of a title that is not shown here based on the cover, contents or details inside the rear cover, I'd like to receive the details listed next to each book and scans of the front and rear cover and inside the rear cover. You can find out how to contact me, here. I will be pleased to give a credit. There are errors in these pages I am sure, and I am happy to be corrected. Thanks to Tim Dean for carefully checking my entry against his copies and sending me lists of errors and typos.


There are three other books of poetry, so not classified as a small book: Robert Bloomfield, Joseph Goodson and publication of poems by Carr himself.

Notes: The first number given next to the title below is the number indicated in the History of the QTP (1987); the second number is the number of editions or impressions seen or suspected. If the first number is 0 then it was not listed in the History of the QTP either because it was published after 1987 or because Carr omitted it.

Each small book is identified by an alphanumeric code: SBP for Small Book, Poetry, followed by the first three letter of the poet's surname and a number to identify the impression. If two poets have the same first three letters then more letters are given until they differ: COWLey and COWPer; HERBert and HERRick; and THOMAs and THOMPson. If two poets are printed together then the first three letters of both poets names are applied and a number to identify the impression. Any variants are identified with lower case letters, a, b, etc. The other books of poetry are just identified with the letter P.

Poems by J.L. Carr
Not published: