The titles are listed below in alphabetical order. All are published in London unless specified. The illustrations have been found by manually searching bound volumes of each title, either in the Bodleian Library at Oxford University or the British Library in London. I have searched bound volumes published between 1912 and 1926, which was the major period when Blampied worked for many publishers of both books and magazines while establishing himself as a etcher and artist in oils. When the market for prints collapsed after the Wall Street Crash, Blampied returned to working for magazines in 1933, undertaking significant commissions for The Illustrated London News and then contributing cartoons to The Sketch. I suspect that there are more illustrations to find in other titles as I have seen illustrations but don't know where they were published. I have also looked in a number of titles and found no examples of Blampied's work. I will list these titles eventually.

Blampied's first printed work was for The Daily Chronicle, a broadsheet newspaper, and appeared in 1905 and 1906. The next illustration by Blampied that has been found is dated 1911, a piece of sheet music. What he was doing between 1907 and 1911 is not known, as no signed drawings have been found. He reported that he had been very poor for several years, but as he had worked for almost two years in the Art Department of a national newspaper, he must have been able to get work. I suspect that he was working for another newspaper but, as newspapers are fragile and ephemeral, no issues with drawings signed 'Blampied' have been found. 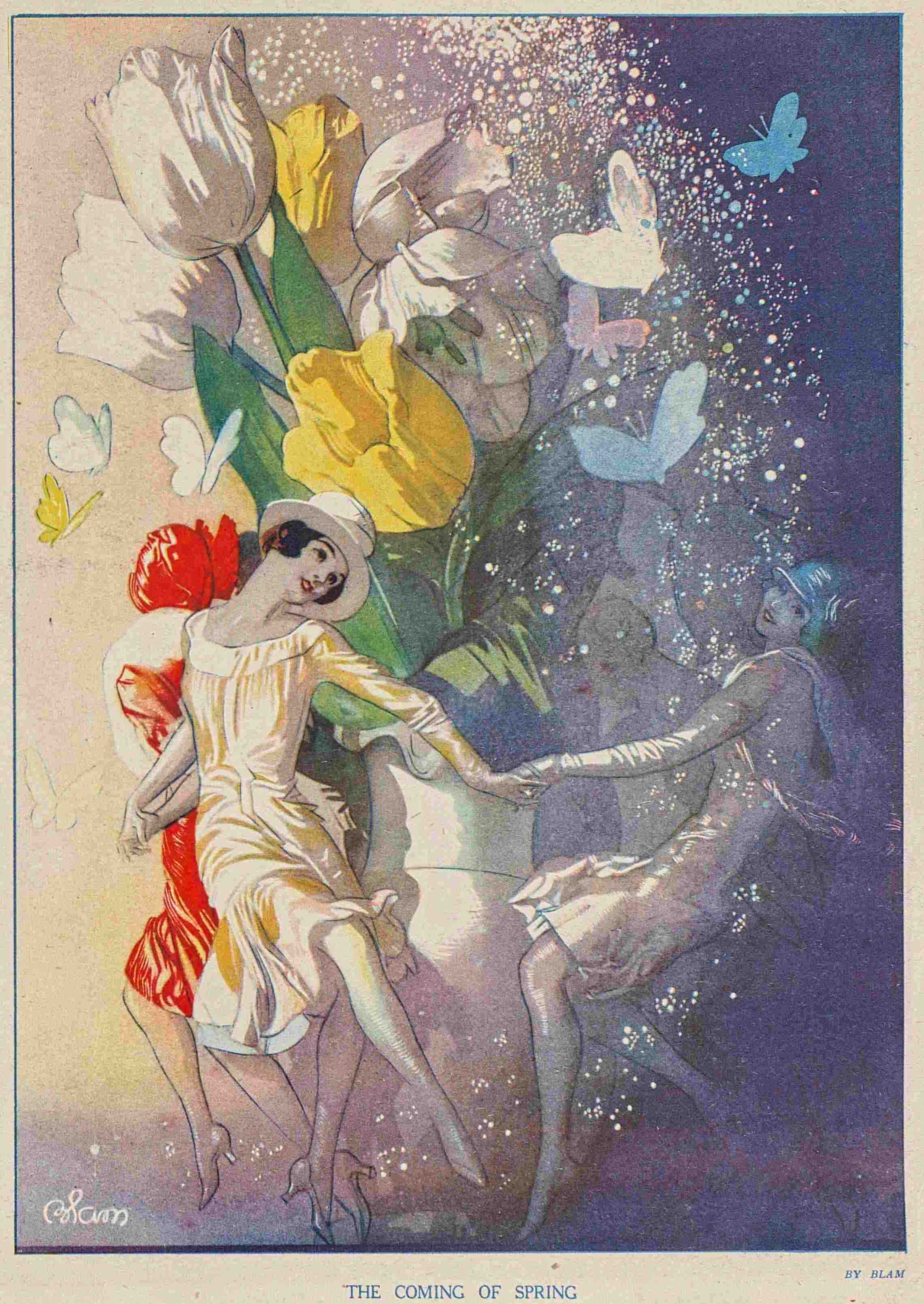