The art and illustrations of Edmund Blampied

Edmund Blampied (1886-1966) was one of the most eminent artists to be born in Jersey. In the 1920s and 1930s he made a reputation in Britain and the USA as painter and print maker, but he was also a prolific illustrator of books and magazines.

He illustrated 25 books and designed the dust jacket of nearly 180 titles, mostly romantic novels. There are probably more dust jackets to find, but they are fragile and rarely survive on books which were published 100 years ago. Blampied published only one book under his own name, a book of humorous cartoons called Bottled Trout and Polo (1936), but three were published using the name Blam: two children's alphabet books, The Jolly ABC and The Breezy Farm ABC and Blam's Book of Fun.


Here you can find images and information about Blampied's original designs for: 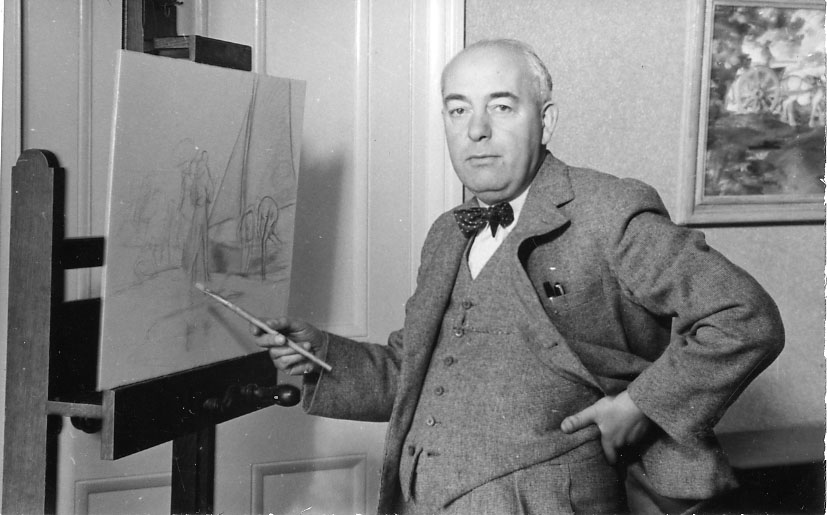 
The art of Edmund Blampied was shown at many exhibitions during his life time, examples of his art were reproduced in contemporary books and magazines, while there are many museums and galleries throughout the world that now hold examples of his art.


Here you can find:

This bibliography supercedes the companion bibliography to my biography, Edmund Blampied: an Illustrated Life, which was published by Jersey Heritage Trust in 2010 to coincide with an exhibition of Blampied's work as an illustrator held at the Jersey Museum. You can see my photographs of the exhibition here. Click on the first image to start a slide show.

I still have a few copies of the Biography of Edmund Blampied which I can offer, signed, for the cover price of £25, to include postage within the U.K. If you live somewhere else, please contact me.