Bookplates or designs for bookplates by Edmund Blampied


Bookplates were used by people to mark their ownership of books. They are less common these days. You can find links to my small collections on the Bookplates page. Blampied may have designed his first plates as a present: a design that someone could have printed as a label to stick inside their books. The bookplates that I know of all have links to his friend, the journalist and author Cecil Hunt. Blampied also designed a bookplate for Hunt's Secretary, Bettine Spear, and for Hunt's elder son, David.

Blampied is also know to have designed a bookplate for Dorothy Barnes, his podiatrist in Jersey in the 1960s, which was not printed; and in 1940 sent three designs for bookplates to Harold James Baily, an American lawyer who was an avid collector of his work. Baily's bookplate, if he had one of the designs printed, has not been seen. Blampied also did what might be a rough draft for a bookplate for Annie Salaman, the wife of the art critic Malcolm Salaman, which I have.

If you know of any other bookplates designed by Blampied, please let me know.

A short note on Blampied's bookplates was published in 2011: The bookplates of Edmund Blampied in The Bookplate Journal, New Series, volume 9, number 2, pp 59-61.

Notes: Cecil Hunt (1902-1954) was a good friend of Edmund and Marianne Blampied. The Blampieds stayed with Hunt and his wife Kathleen at their house in Highgate when they visited London after the war. Hunt wrote about Blampied in his biography, Author Biography (Hutchinson, 1935) and dedicated his book Ink in my Veins (Robert Hale, 1948) to Edmund, Marianne and John Blampied. Hunt was Literary Editor of The Daily Mail and the Evening News and then a publisher. He collaborated with Blampied on five books published by Methuen. He died in 1954, aged only 51 y. His son Peter, who moved to Jersey after the Second World War, knew Edmund and Marianne well, and died in 2009 aged 102 y, twice the age of his father. 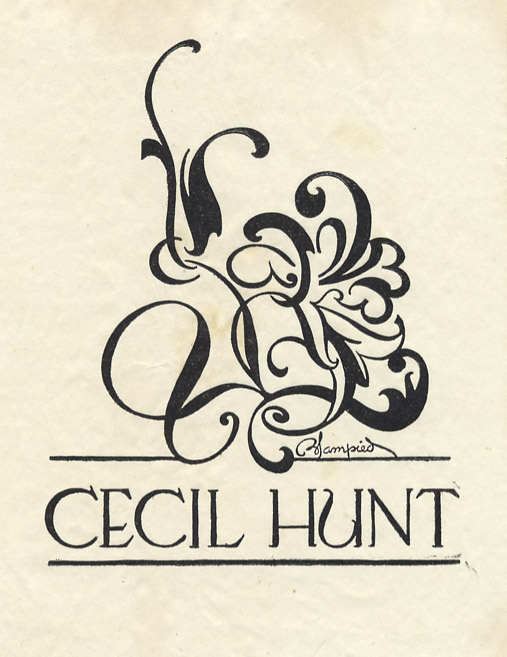 Notes: David Hunt was the elder son of Cecil Hunt. I thank his son, Paul Hunt of Kenilworth in Warwickshire for the copy of this bookplate. 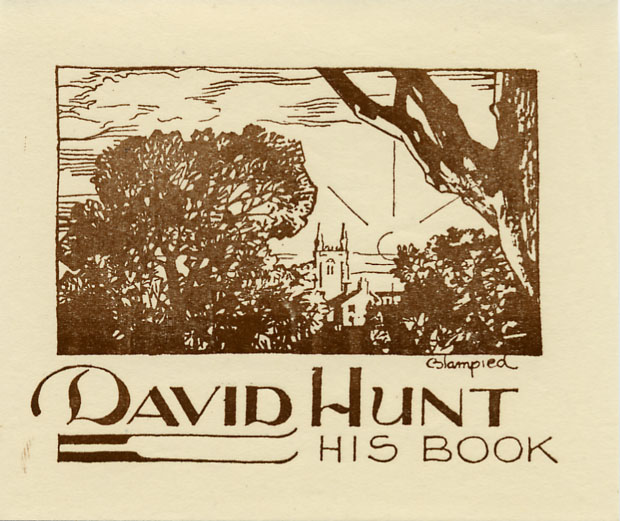 Notes: Bella Bettine Spear (1915-2000) was Cecil Hunt's secretary. I have Bettine's copies of More Hand-Picked Howlers and Ripe Howlers, both by Cecil Hunt and Blampied, both with her bookplate and dedicated to her by Hunt. She was the wife of the artist Ruskin Spear and the mother of the musician Roger Ruskin Spear. She was a Leading Wren during the Second World War. 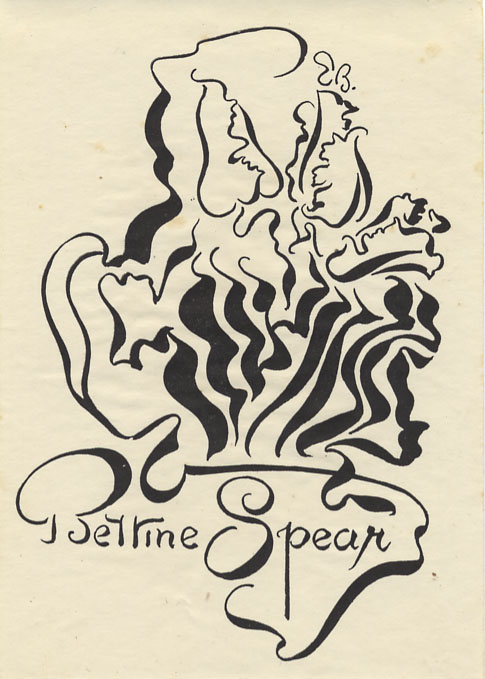 Design for bookplate: A Salaman

Notes: I bought this in a small collection of drawings by Edmund Blampied, all on the same paper. Annie Salaman was the wife of Malcolm Salaman, an art critic and writer on art, who was an early and long-standing champion of Blampied's prints.

Notes: Dorothy Barnes cared for the feet of Edmund and Marianne Blampied in the late 1950s and 1960s, but they also went to her house for supper, according to Blampied's diary for 1963. This design was probably a gift rather than a commission. No printed bookplates of this design have been seen. 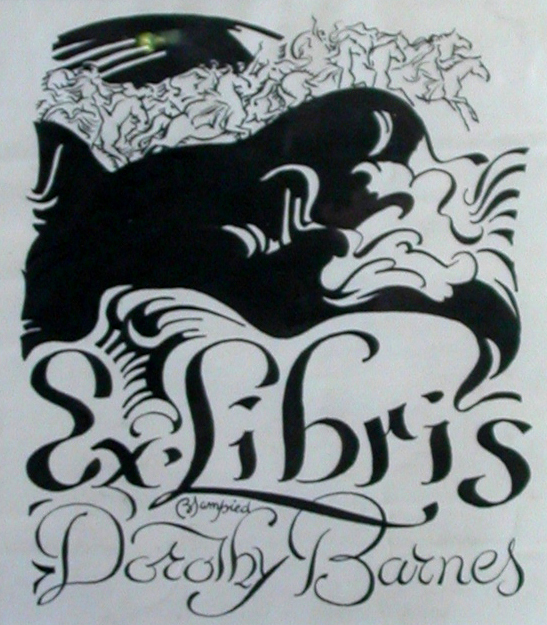