Carr complied his first dictionary, of English cricketers, in 1977. It was based on short notes he had written between 1948 and 1951 for the yearbooks of the Midlands Club Cricket Conference. The Dictionary was very well received and, according to Carr, was reviewed in more column inches than any other of his publications. It led to several other dictionaries and a few dictionaries by other compilers others, which Carr published.

Each small book is identified by an alphanumeric code: SBD for Small Book, Dictionary; followed by two letters and a number (if there were two or more editions of the same title) or three letters to identify the title, followed by a serial number to identify the impression. Any variants are identified with lower case letters, a, b, etc. 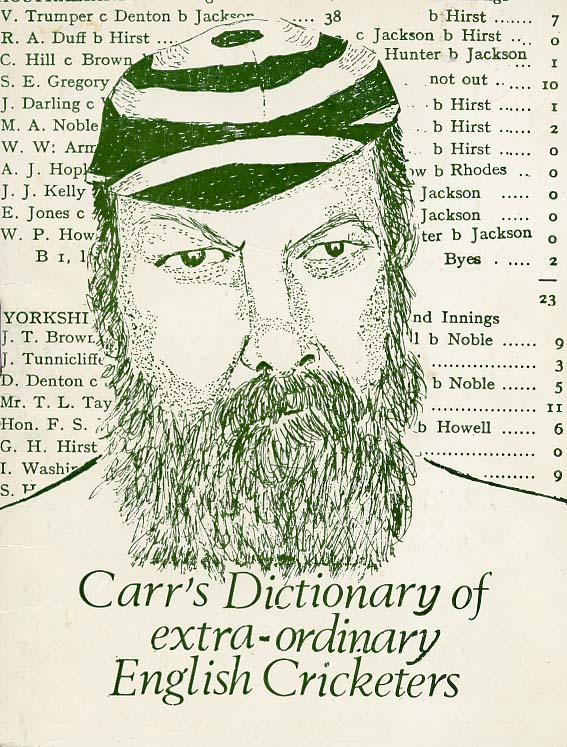