Notes on the small books written and published by J.L.Carr


Carr published his first small book, an edition of the poems of John Clare, in 1964, the 100th anniversary of Clares's death. Clare was born in Helpston in Northamptonshire, Carr's adopted county, although it is now in Cambridgeshire. Carr is also said to have published it because he had discovered that his milkman was Clare's grandson (Rogers, 2003).

Carr explained in many of his small books why the format was suitable, none better than inside the volume of the poems of Algernon Swinburne:

This ... pocket library (is) a collection well suited for castaways and those trapped in cold bedrooms [only one hand to the wrist need suffer exposure]. They can be palmed from the cuff during tedious speeches, repetetive sermons and anecdotary conversational monologue. By and large, perusal and reflection upon the contents will do no harm and we have had letters certifying spiritual and intellectual benefit. They fit a common envelope and go for minumim postage.

In this is contained a reference to Frank Muir, who had chosen The Harpole Report to take with him as a castaway on Desert Island Discs, a BBC radio programme; to the sermons he listened to as a child in the methodist chapel where his father preached; and it's an advertisement: these books will not cost a lot to buy or send.

Initially Carr had trouble selling his small books because they tended to get lost among other books on book shelves. So he developed a small box for book sellers to display them. An example of a display is shown below, probably used in the late 1980s. 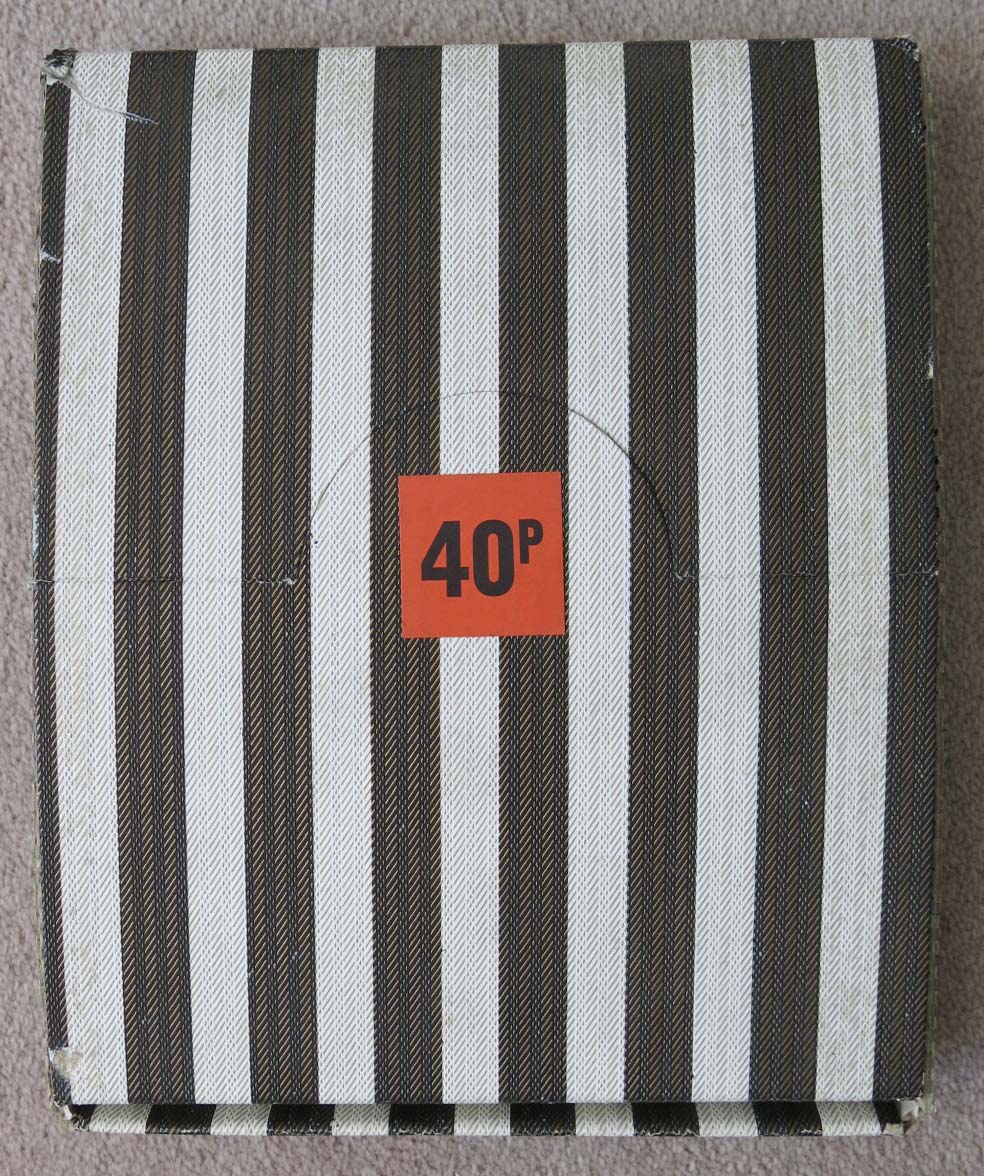 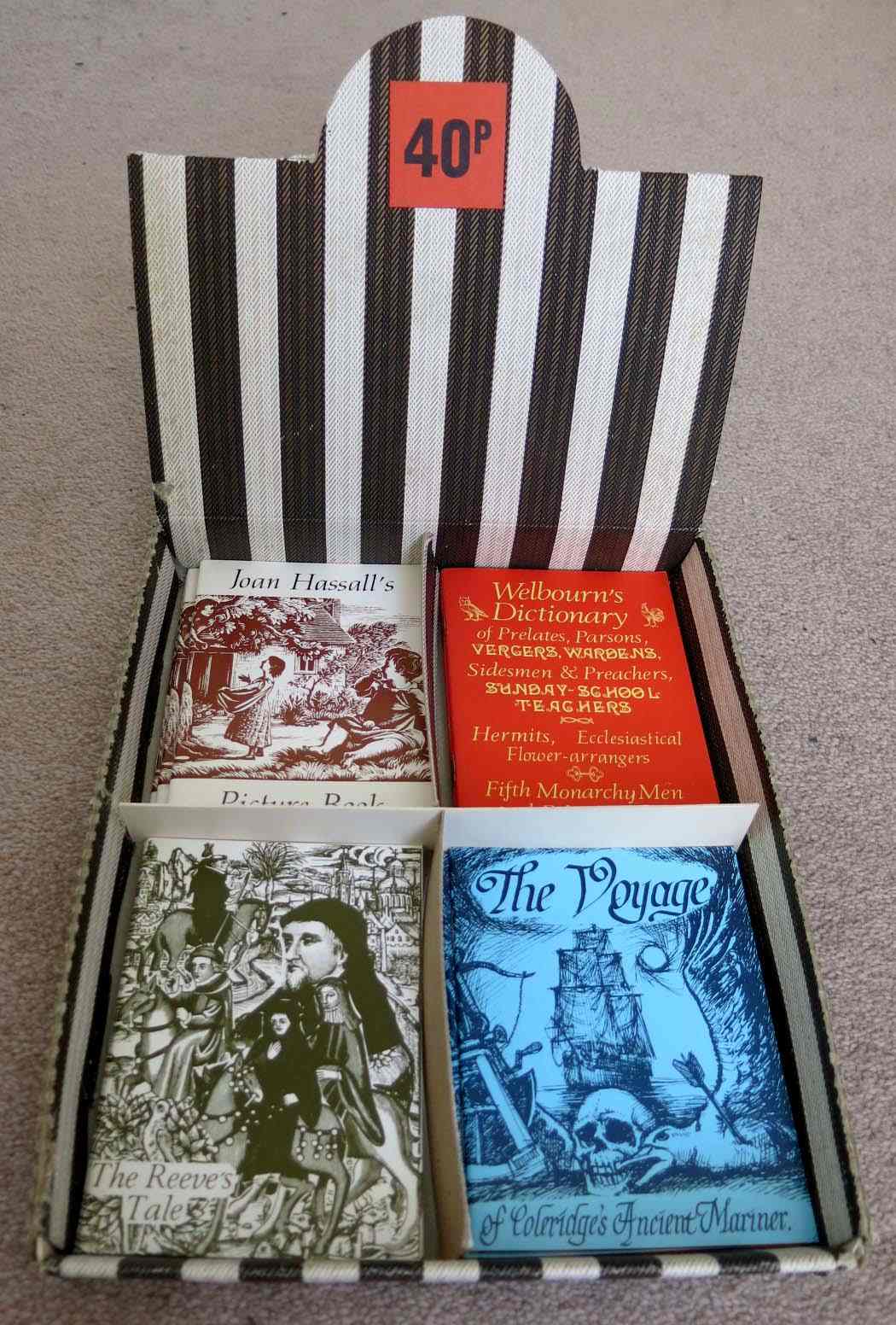 A display box for small books closed (left), and open (right) to display four small books in sections within, with the lid folded back and tucked into the tray. One of the separators has been lost and replaced with a piece of white card.

To be able to identify the edition or impression it is necessary to see both the front and rear covers and the information usually printed inside the rear cover (booksellers please note this).

More information about these identifying features is given here. The links below are to:

Go back to the main page to find links to the small books, by category.