Carr had a life-long interest in local history and architecture. When he was teaching in South Dakota in 1938-39 he attended the meetings of the local historical society, and when he returned to teach again at the same school in 1957-58 he found the society's notes and used them to help write his first social history which he called The Old Timers. This section also includes a small book on church carvings, the list of Carr's paintings called A Northamptonshire Record and his history of the Quince Tree Press.

Each small book is identified by an alphanumeric code: SBH for Small Book, History, followed by the three letter to identify the title and a number to identify the impression. Other publications are just identifed by an H. 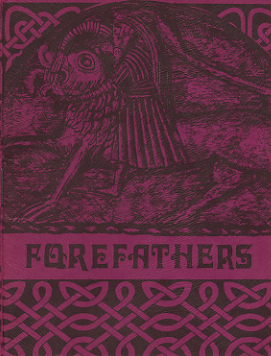 The cover of a small book by J.L. Carr