Books on cricket containing text by or about J.L. Carr


Carr was a keen cricket player and a lover of the game. He played club cricket wherever he lived (except perhaps in South Dakota) and was reported to have been very good. During his first teaching job in 1934-35 he played for Curdridge CC in Hampshire (founded 1853). He then moved in 1936 to teach in Birmingham and joined Aston Unity CC (founded 1868), which then played in the Birmingham and District League. After the War he returned to teach in a school in Birmingham and joined Birmingham Municipal CC (founded 1898). Centuries that he scored are noted in two of the MCCC Year Books (see below). According to an article in The Guardian (27 Nov 1980), he scored his last century, aged 52, so in about 1964, for Kettering CC 2nd XI.

As well as A Season in Sinji, which is said to contain one of the best descriptions of a cricket match that has appeared in a novel, he contributed to books on cricket and was the first guest reviewer for Wisden, the Annual Cricketer's Almanack (founded 1864). 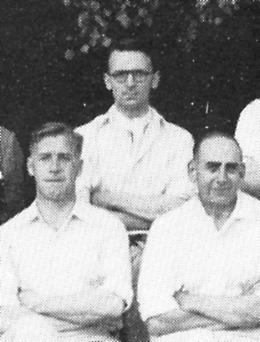