J.L. Carr wrote eight story books for children between 1970 and 1980, mostly to help children to learn English, although at least three were translated into Dutch. Seven were published by Macmillan and one by Longmans. Although these books were probably printed in large numbers for schools to use, they are uncommon and hard to find in good condition without school ownership stamps. They are listed in date order.

Some of the stories are based on Carr's personal experiences, notably The Old Farm Cart, which is set in the village in Yorkshire where Carr was born, and Gone with the Whirlwind, which is based on the experiences of a woman that Carr met in Huron in 1938.

A search on the internet sometimes throws up a version of The Jungle Book supposedly published by J.L. Carr in 1970 (ISBN 0749854529). For example, see here. This is a mistake in a database as the book shown, which I bought, was published in 2001 (so seven years after Carr had died) by Egmont Books of London, and there is no reference to J.L. Carr within the book. The companies that sell this book don't bother to check the book they have in hand, they simply extract information from a database and apply it to their copy. The companies that do this are mostly the bottom-feeders of the used book world. Caveat emptor. 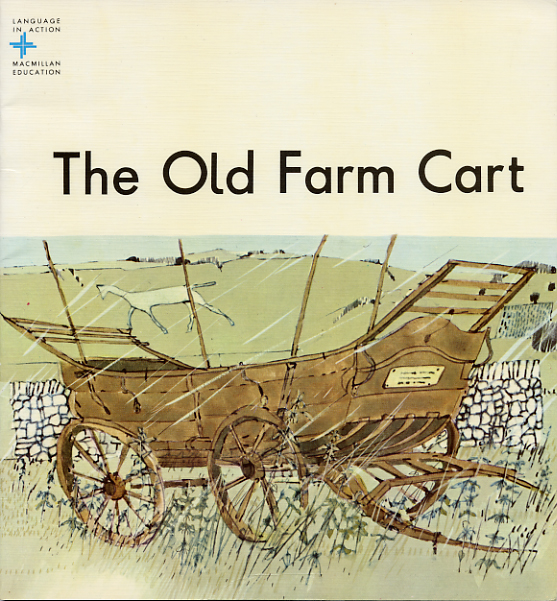 Front cover of a story set on a farm near the village where Carr was born.