Celebratory or souvenir cards or sheets designed by J.L. Carr


These were illustrated cards or sheets that Carr designed, drew and published, some of which he called longsheets. Several of them were published to celebrate churches, one of Carr's interests, and were sold by the church to raise funds. JLC was Honorary Secretary of Northamptonshire Historic Churches Trust and wrote a Foreword for a book published by the Redundant Churches Fund called Churches in Retirement.

The first list below is taken from the History of the QTP and reconciled with the title of sheets that have been seen. The peultimate item may be the same as the fifth.

Carr also published cards to advertise his maps. None have been seen. 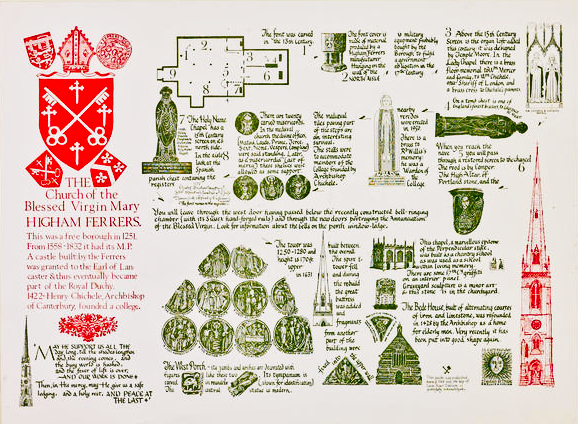 Carr also reported in the History of the QTP that he had published County Map Souvenir Cards of:

None have been seen.