Only two postcards have been found, both of which are shown below. If you know of any other postcards designed by Blampied, please let me know.

Notes: This card may have been produced to advertise the printing company, rather than as a commercial post card. It is printed on thicker card than normal postcards. The price for a stamp was ½ d Inland and 1 d Foreign. 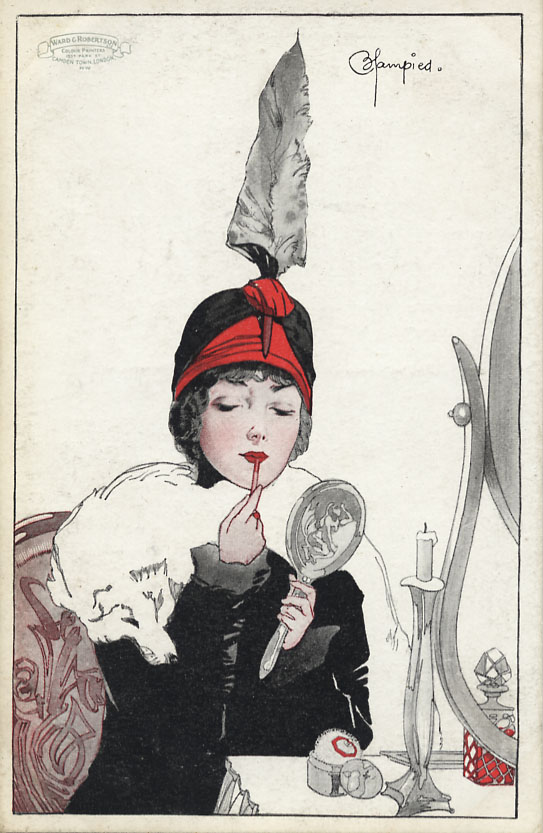 Notes: This design first appeared in colours in the Christmas issue of the The Graphic published in November 1914. It is not signed in the image but is credited in the magazine to BLOMPIED. The illustration in the magazine does not show a zeppelin through the window, so this card probably shows the orginal design by Blampied. The zeppelin was perhaps removed because it was too fearful for a Christmas magazine during war time. 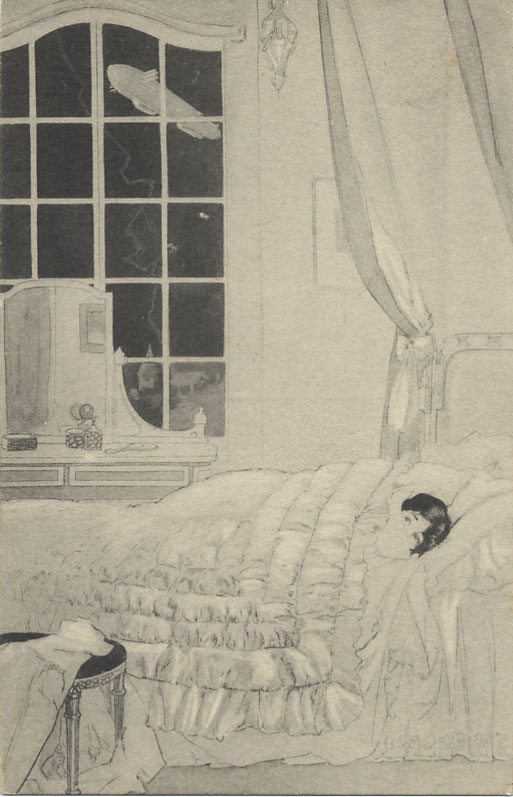 Notes: This post card was sent to a friend in Jersey during a short visit to Guernsey in October 1958. It is addressed and stamped on the other side. Blampied wrote: Our flight across was O.K. The hotel is O.K. and so is the view from our bedroom. 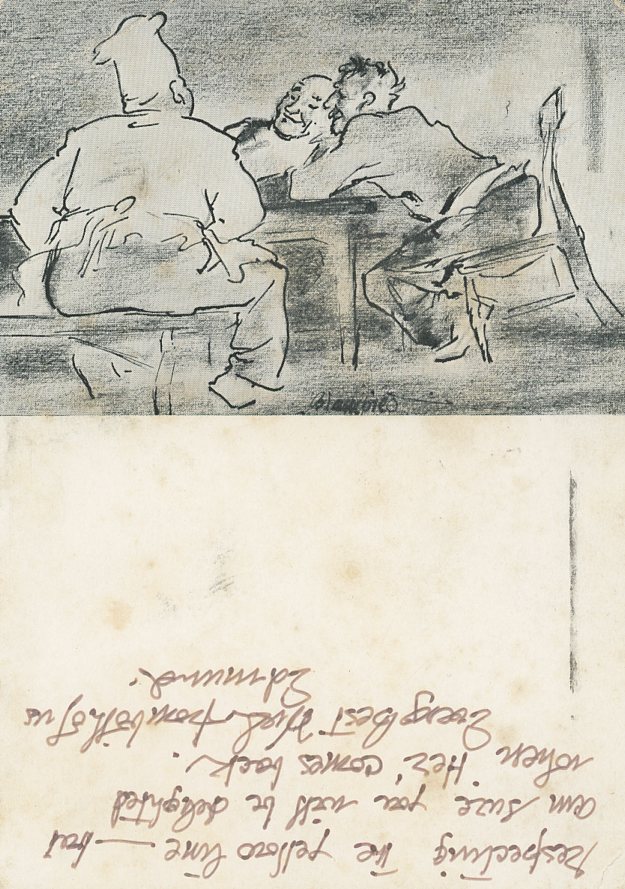